One of the remarkable aspects of the European continent is its great variety of languages. Sure there are groups of related languages, but you are more likely to hear a different language when you cross a border than a language closely related to your own. So how do we, or don’t we get along?!

The first two weeks of our trip we spent only in France, which means as the days went by, those with a bit of French knowledge improved on it and those without any French knowledge kept relying on their friends’ progress. Then, however, we crossed the border to Spain, and suddenly no one spoke French anymore. Luckily, two members of the German team learned some Spanish a double-digit number of years ago, so here they were, rummaging through their brains, grasping for any Spanish word they could find. And then they realized we were in Basque country; a place where they use the oldest language of Europe still spoken. Thankfully everyone also speaks Spanish. The first meeting with our landlady was a matter of catching individual words in her explanations and slowly making sense of them while any reply that came to mind was… in French, of course. Thankfully, as it goes with languages, the next day the rate of mental French words had already decreased substantially, and suddenly we were talking about pension, fixing a sunblind and what exactly nunchucks were. But a day later, the next landlady suddenly spoke formal Spanish, which meant a whole new level of conjugations and phrases. The first reservation for dinner left a few question marks, and actually ordering food turned out a bit peculiar because the locals didn’t quite understand our Spanish dialect it seems, but eventually we had a very filling mealtime with some stories to tell.

None of this was comparable to our next stop, however, when we arrived in Portugal and suddenly our comprehension skills went to almost 0. On our first stop on a trip to Porto we tried to pay gas for two cars together, but our receipt showed three pumps. Despite using Google Translate, the employee claiming to be able to understand a bit of Spanish, and us trying to communicate with hands as well (accompanying our words by pointing on the receipt), we were unable to resolve the reason behind the third subtraction. We also caused some commotion on our first trip to the village bakery as we were the only ones wearing masks. Mindelo still turned out to have a beautiful coast to walk and jog on and our apartment was beautiful, with a slightly unconventional working space and 2 power outages. After a stop in busy Lisbon, where we may have fallen in love a bit with the concept of the local ordering app (:D), we arrived in our current location. Here we wanted to spend an entire week again, in preparation for release!
Due to unforeseen events, however, we are now extending our stay in Portugal, and we are thankful that most venues in this area at least speak some English. All in all, we make do language-wise, but being able to communicate in the native language certainly makes things easier! 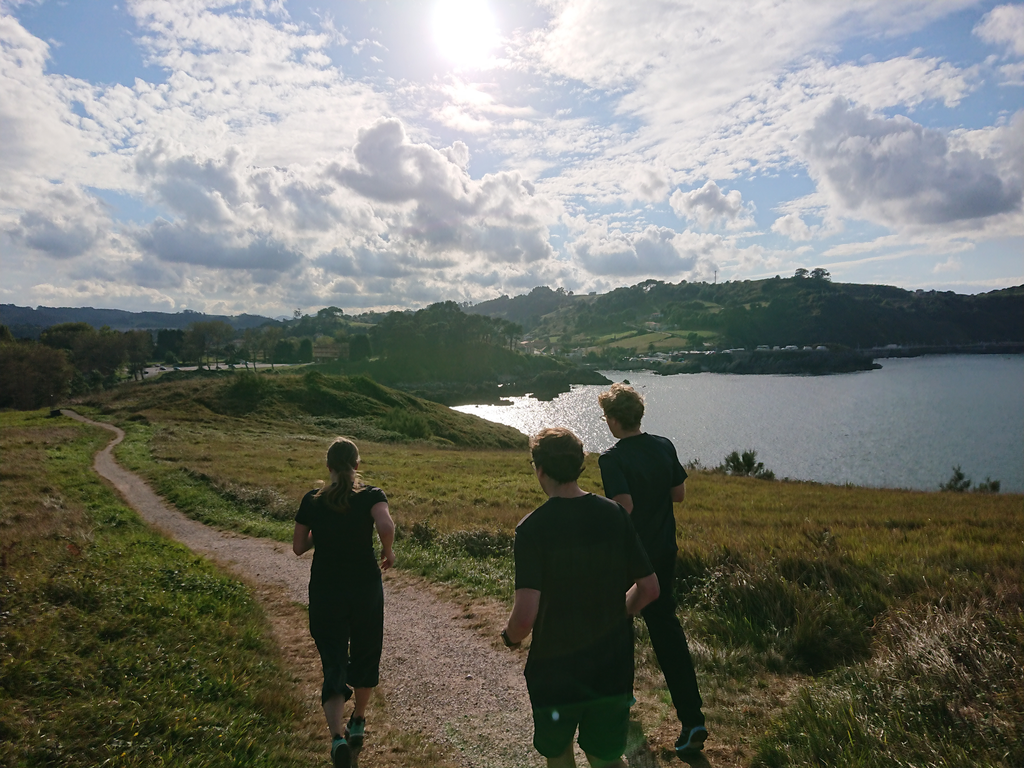 At this company we value personal exercise and staying healthy: We finally managed to take a team meeting on the road and go for a refreshing jog together! (see image above!)

Working in one room is very handy for test runs of our game and exchanging quick ideas! It is also handy when we have to gather around a single laptop because the internet connection is so bad that the weekly call with our international team members wouldn’t work otherwise.

If you can’t afford one of those fancy electrically height-adjustable desks, consider getting a bar. With appropriate bar stools, that can make a nice, flexible desk for both standing and sitting (*no actual recommendation, we do not take liability if someone else tries it out).

This blog has been a bit quiet lately because we had to focus our efforts on Cave Guessers… which has been released 7th October and is now available on Steam!! The team did a tremendous job getting the game ready for roll out! 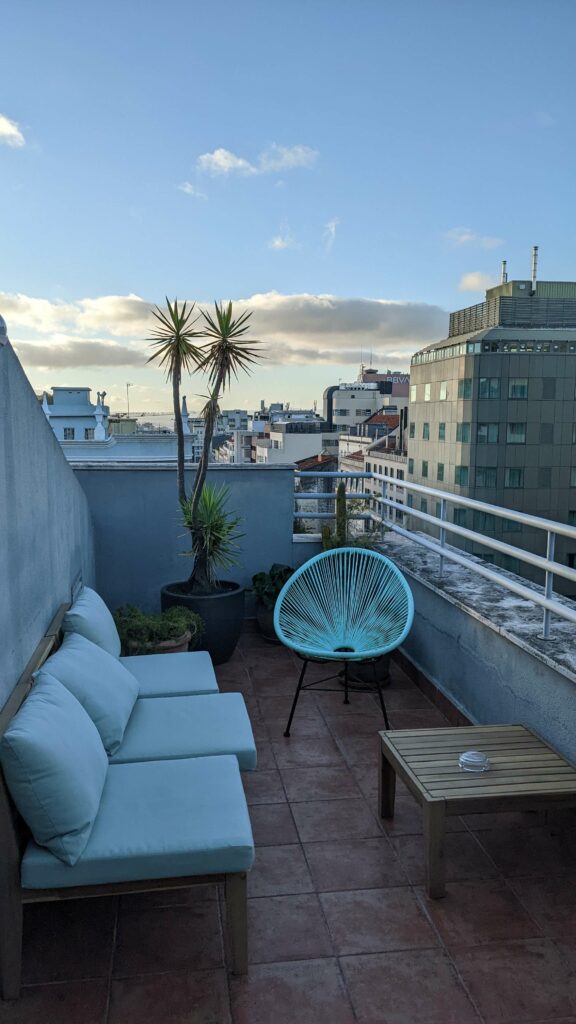 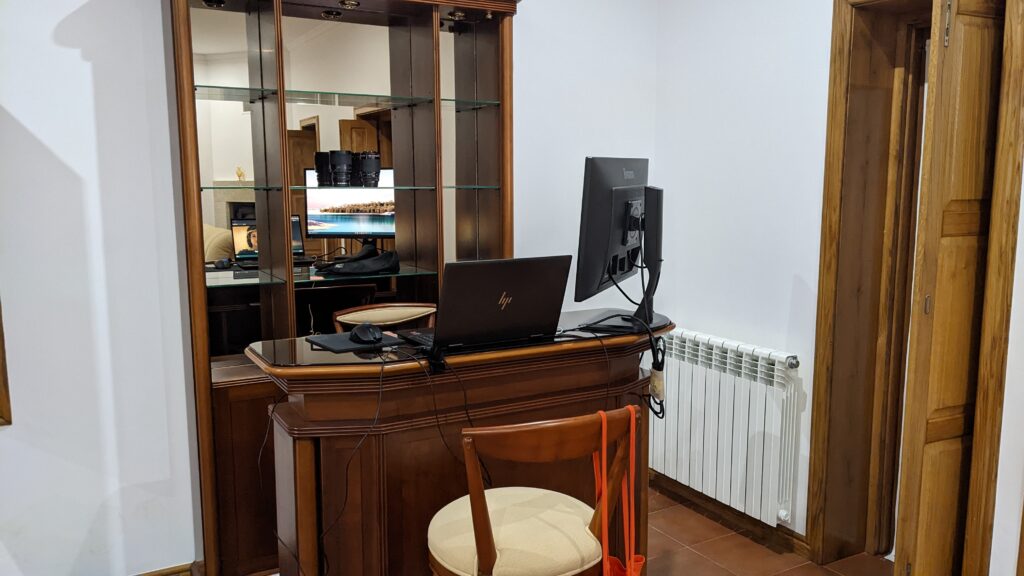 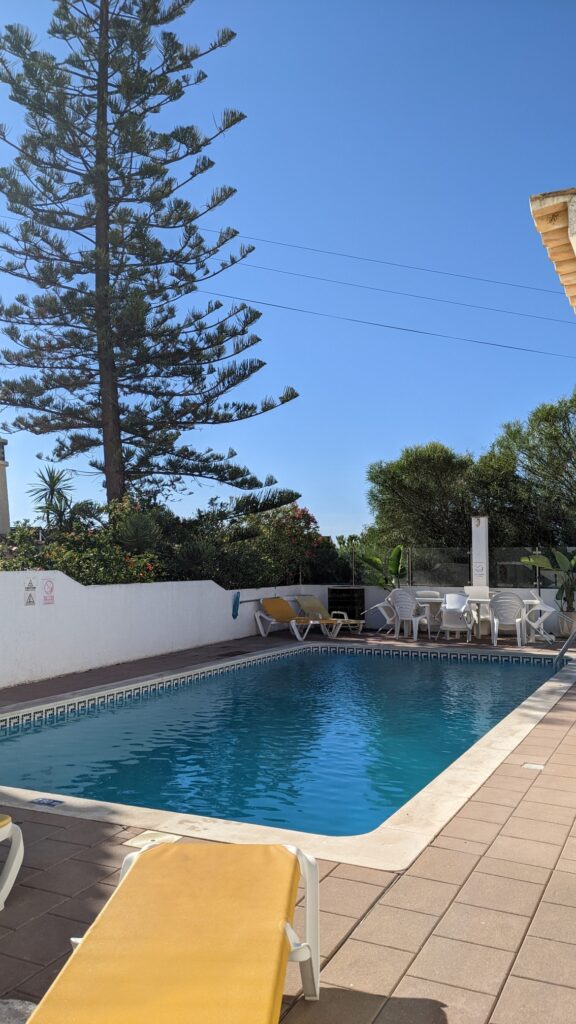 Welcome to the acureus tech blog!

No comments to show.